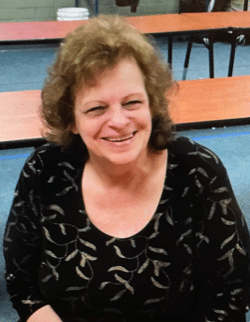 Louise grew up in the famous amusement park region of Brooklyn, NY called Coney Island. She attended Lafayette High School and worked in her youth with her paternal grandmother, Luisa, in an Italian restaurant as well as at an Italian bakery with her loving uncle Martino Dragonetti.

Louise was a devoted Roman Catholic who enjoyed the many traditions of the church. Along with her husband Angelo, she lived temporarily both in Palermo, Sicily and Rome, Italy.

Having learned over the years from her paternal grandmother Luisa, Louise loved to cook and prepared mouth watering meals! Later in life, with her cousin Daniel’s assistance, she baked a great number of flavorful lasagna masterpieces for many colleagues of Daniel’s within the Phoenix engineering, contracting and government agencies earning her the title as “Chef Louise, the Lasagna Queen!”

Most memorable to her were those lasagnas specially prepared for the staffs of Arizona Governor Doug Ducey, the Arizona Rock Products Association (ARPA) and those of her cousin Daniel’s colleagues at Speedie and Associates. Preparing these labors of love lasagnas provided Louise an opportunity to focus away from the many hurts and pains experienced in her own life.

Louise is survived by her son Robert, her daughter in law, her beloved and only granddaughter, along with her cousin Daniel A. Dragonetti, who was inseparable, like a blood brother, as only 2 people can ever be, as youngsters, growing up in the ‘60’s and continued that relationship into their adulthood till the hour Christ called her home.

Louise’s family and those many countless friends that knew of her life are invited to attend a 2 hour visitation at Whitney & Murphy Funeral Home, 4800 East Indian School Road in Phoenix, on Thursday, January 6, 2022 from 5:00pm to 7:00pm.

Offer Hugs From Home Condolence for the family of INCORVAIA, LOUISE